In October 2018, the Irish Film School delivered its first filmmaking course in Dublin at The Lir Academy. The course took place over 5-days and was developed and led by award-winning screen writer and director John Boorman. The programme covered the essentials on how to bring a film from script to screen and John was supported in his delivery by guest speakers and instructors from within his network - Kieran Corrigan, Ronan O’Leary, Michael Dryhurst and Seamus Deasy. 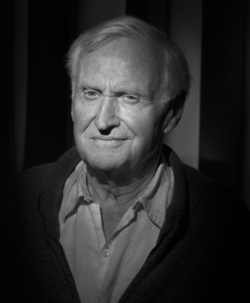 John is best known for his feature films such as Point Blank, Deliverance, Excalibur, The General, The Tailor of Panama and Queen and Country.

John has directed 22 films and been the recipient of 5 Academy Award nominations, twice for Best Director (for Deliverance and Hope and Glory). He is also credited with creating the first Academy Award screeners to promote The Emerald Forest. John received the BAFTA Fellowship for lifetime achievement from the British Academy of Film and Television Arts.

John is a Director of Merlin Films, a leading independent Irish film production company. Merlin Films has been involved in the production of numerous major feature films for international markets since its inception.

John is a published author and has been a contributor and editor to numerous editions of Projections, a series of books published by Faber & Faber (UK) which presents filmmakers reflections on their craft. 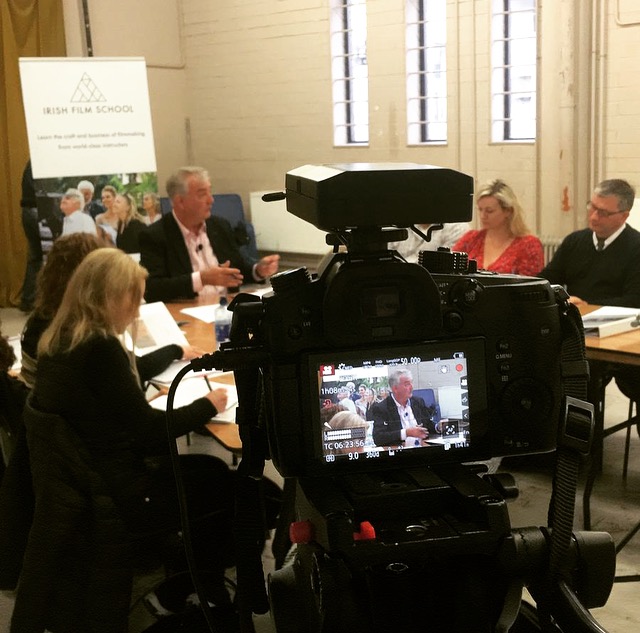 Kieran Corrigan teaching the Business of Film during the Filmmaking Course

Kieran is director of Merlin Films, a leading independent Irish film production company. Kieran has collaborated with award-winning and world-famous film directors John Boorman and Roger Corman for over 25 years.

He has produced and arranged the financing for a significant number of international motion pictures, including The General, The Tailor of Panama and Queen and Country. Most recently Kieran was Executive Producer on Supervized and We Have Always Lived in The Castle. 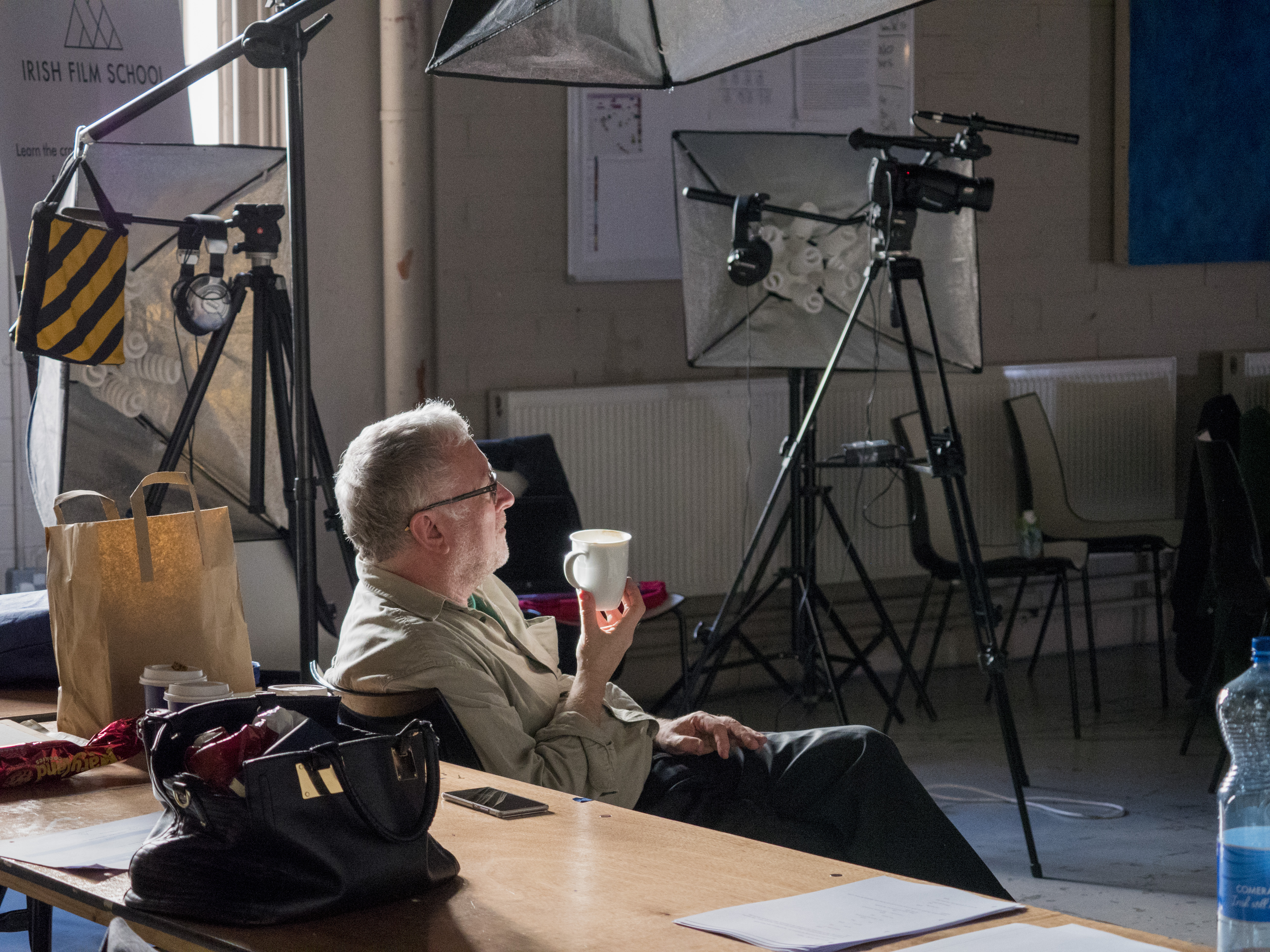 Ronan O'Leary on set during the Filmmaking Course

Ronan began his career as a producer-director for PBS in Los Angeles in 1984, making drama-documentaries on the philosophers Thoreau and Emerson, and profile-interviews with the filmmakers Oliver Stone and Sir David Puttnam.

Ronan has lectured at Britain’s National Film School, the London Film School, and was the first Irish filmmaker invited to lecture at the European Film School in Berlin.  He has also served on Film Festival juries in Berlin, Cork, Bosnia and Croatia.

Michael is an assistant director and producer, known for Never Say Never Again (1983), Superman (1978) and Hudson Hawk (1991). He worked with John Boorman on many of his films including The Emerald Forest.

Seamus is a well-known cinematographer who has 58 credits to his name.  He has worked with John most recently on Queen and Country (2014).

The day began with an intensive study in scriptwriting.  John, supported by Ronan, shared his insights with the students into what makes the "unturndownable" script and distributed a test scene that he had written, Game Over, for review and discussion. Students were asked to share details of projects that they had worked on or scripts that they had authored and these were discussed in class. John also covered the following topics in his screen writing class:

At the end of the day students were invited to attend a welcome dinner at Pizza Stop, Chatham Lane in Dublin city centre.

This day focused on pre-production and storyboarding of the test scene. Students were given a template by John and Ronan and asked to produce a storyboard for Game Over and a group discussion on the scene took place.

Feedback and guidance was given by John on the storyboards and topics such as "how to film the art of the possible" and "how limitations force you into creative solutions" were covered by John in class.

The day began with a session of the nuts and bolts of film and TV production by line producer Michael Dryhurst.  The schedule and top sheet of the budget for Queen and Country was distributed and discussed as a case study in class and Michael covered the following topics:

Clips from Queen and Country and The Making of Zardoz were shown and discussed by John, Michael and the students.

After class students attended the Irish Film School Networking Event in the foyer of The Lir Academy.  Canapes and prosecco, beer, wine and soft drinks were served and guests from within the film industry were invited to mingle with the students and instructors on the night. Ideas were pitched and contact details were exchanged during our networking event.

The day opened with an overview of sources of funding and film financing by lawyer, chartered accountant and producer Kieran Corrigan.

Drawing on his long-term collaborations with director John Boorman and the ‘Pope of Pop Cinema’ Roger Corman, as well as his experience of working with top talent such as Brendan Gleeson, Kim Cattrall and Pierce Brosnan, Kieran gave tips on how secure funding and how a production can succeed with complex financing structures.

After the morning coffee break John joined the class and instructed his students on the theory behind the camera, movement, lighting, set ups, framing and how to break down a scene, in preparation for the after session on camera skills.

After lunch cinematographer Seamus Deasy gave our students a hands-on demonstration of three types of camera: film and digital cameras and super 16mm cameras. Students then had the opportunity to try different filmmaking techniques and the Arri Alexa camera system under Seamus’s guidance and instruction.

On the final day ten actors from The Lir Academy were brought into the studio to demonstrate the casting process and the first pair were auditioned by John.  His students then took over and conducted the rest of the auditions. Two pairs of actors were selected during this process by majority vote and were invited to shoot the test scene, written by John, Game Over.

The test scene was then shot with John, Ronan and the assistance of a camera crew and a sound engineer.  Our students took it in turn to step in as director, under John’s guidance and instruction – directing the actors and DOP as well as taking control of the sound and lighting.

After a coffee break an experienced editor was on hand to demonstrate post production techniques and the editing process.  Two versions of Game Over were cut – John’s version and the student’s version and both can be viewed on our YouTube channel.

The final day ended with presentation of a copy of John’s “The Film Process” and certificates were formally awarded to the students by John, accompanied by a glass of fizz. 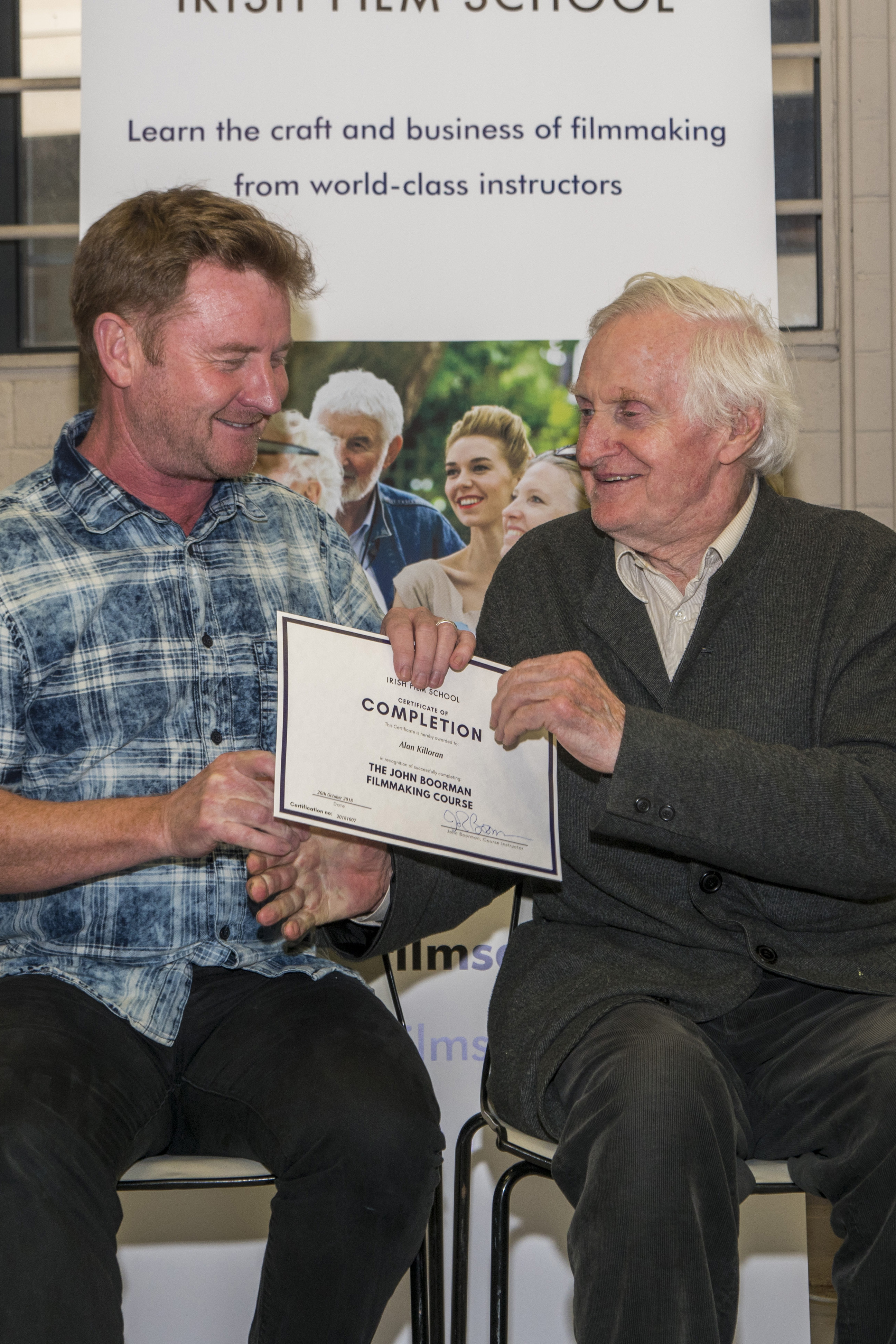 Out of Class Networking

Our filmmaking student cohort mingled during the morning and afternoon coffee breaks in the foyer of The Lir Academy. Lunch was provided in KC Peaches nearby where an area of the restaurant was reserved for our students. Students availed of soup and sandwiches while chatting about their various projects and swapping information and tips.

Read our student testimonials to find out how they all got on.

Upon completion of their course our students were invited to join our Alumni Association – an online forum where they continue to share stories and exchange information.  We post job opportunities and news and events here for our past students, along with exclusive news, events and discounts.

Book now and learn the answers to the above from masters of their craft. Enrolments are now being accepted for John’s Filmmaking courses, to be held in Dublin and London in 2019.

Places are limited to a maximum of 12 students per course and so to reserve your space please book here today!